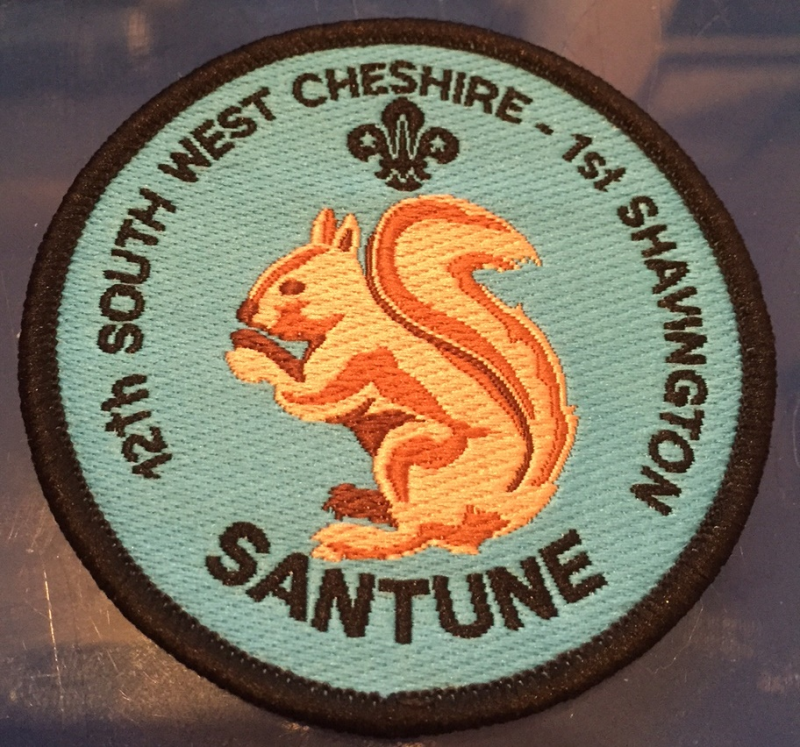 Group badge sent to me by Chris from IT

We went to see our friends Paul and Hayley last night for dinner, we were going to have a BBQ but the weather had other ideas.

As we were eating our pizzas (!) Paul and I were talking about what I was getting up to in the Scouts and he mentioned an article that he had seen in his work employee’s newsletter where a colleague had written about his Scouting adventures.

Paul works for Saffron, a housing trust in South Norfolk, he got the newsletter from his work bag, the article was written by Alex, a Scout Leader from Kenninghall.

Take a look, it is a super write up and really promotes the adventure of Scouting – Well Done Alex and Thank You Saffron for publishing it.

I think the workplace can be a really good place to recruit adults in Scouting, I have a bit a reputation for it. I was once featured in Scouting magazine (with more hair) on the subject.

To me recruiting a work colleague is like test driving a car, if you hit it off at work you are likely to get on well as volunteers. Likewise if you need someone with a certain skill or qualification you may have that person available to ‘tap up’. 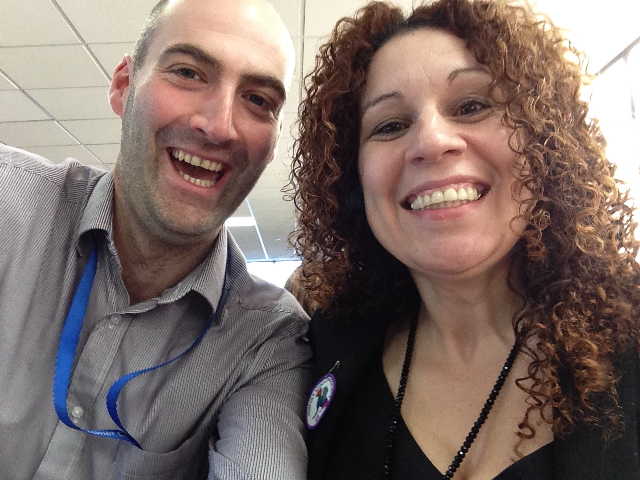 Promoting Scouting at work can also have some nice social features too, it can help with Networking. Over dinner I found out that Emma, a Senior Finance Manager was Scout Leader in Shifnal near Telford, it was a really good conversation starter.

When I gave Emma a Dragon Badge in the office the next day, she pinned it to her blouse and wore it from the rest of the day!

I also recently plugged Scouting in an internal communication which was found on the intranet by Chris who works in our IT department and is a Scouter from Cheshire, we have had a few Scouting chats and also used the internal mail to exchange badges!!

Have fun at work – why not make it your mission to tell someone about Scouting this week!

UPDATE: Just a had an idea, send me your workplace selfies featuring you and a colleague(s) doing something Scouty. Entries in by 1st August, best one will win a massive box of biscuits for your workplace! 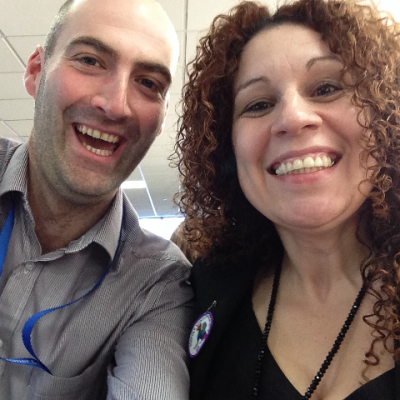