Lucky Cub Scouts from Drayton, near Norwich, joined new friends from across the United Kingdom at London Zoo for a very special event. Find out more about their adventure.

Neither the Cubs or the Leaders of the 1st Drayton Cub Scouts could quite believe that they had been selected to represent the East of England at the launch of Cub 100, the year-long centenary celebration, at London Zoo.

We had been asked to do a telephone interview for BBC Norfolk and were expecting to speak to Kirsten, a producer, so imagine our surprise when David Whiteley, the presenter phoned us!

David asked Hannah and Matthew lots of questions and could tell they were really excited about our trip in the morning. 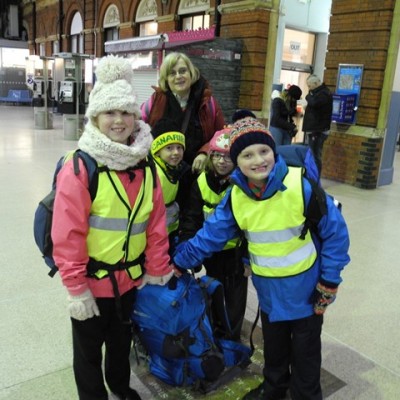 We met at Norwich railway station, carrying all our kit!

Yes we really were going to the zoo and sleeping with the bugs! We went and found our seats on the train and said good bye to our parents.

The train left on time so we started our diaries and our I spy books. 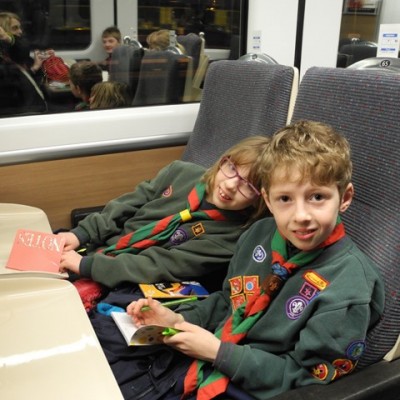 Roger was playing with his camera again, Can you see the others in the reflection of the window? How cool is that?

The recording was broadcast on Radio Norfolk, we were on the train so missed it but Suzanne’s phone went mad with messages!

We saw the most beautiful sunrise and the sky turned orange.

Out of Suzanne’s bag came snacks to keep us going until we got to London, it was a good job as we were getting hungry!

Hee hee Roger had to go to the toilet! And the train was wobbling so he really did look funny!

We had a go at the Word Challenge for our Norfolk Cub 100 Challenge, Kieran had got 100 words already and he had only just started on the letter C. “We are not doing so well” said Hannah and Matthew but Suzanne said “you are all doing your best!”.

We are all in London and going to the Zoo, but first of all breakfast… McDonalds here we come!!!

Suzanne had organised a Taxi to the Zoo. As we travelled we saw the Gherkin, the Shard and loads of enormous cranes. London is a busy city and why has it got so many hotels?

We arrived at the Zoo and were taken to a big room and given special hoodies, Cubs had yellow ones and Leaders green.

We had our pictures taken with our names written on a board, it felt like we are prisoners.

There were Cubs at the Zoo from all over the UK, including Scotland, We were surprised that they didn’t have to get up any earlier than us to get there!

There were only 44 cubs from all the different areas of the UK, which made us all feel absolutely amazing, lucky and privileged.

We ate our packed lunches and then played some games whilst being recorded for TV!

Off to our first activity!

Kieran and Matthew went to the squirrel monkeys with Roger and Fay and Hannah were in the bearded pig group!

The bearded pig group had to feed the pigs with the most disgusting smelly fish heads.

The boys had to put the food out for the squirrel monkeys, one of the leaders put his coat on the floor and a monkey started pinching things from the pockets.

The monkey was so quick, it was really funny. 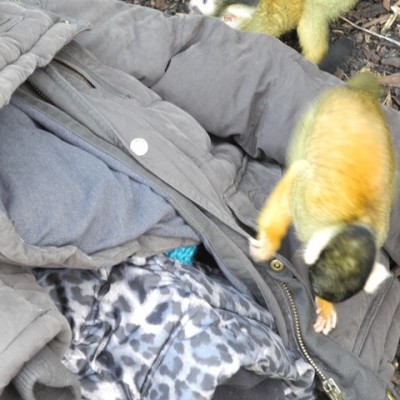 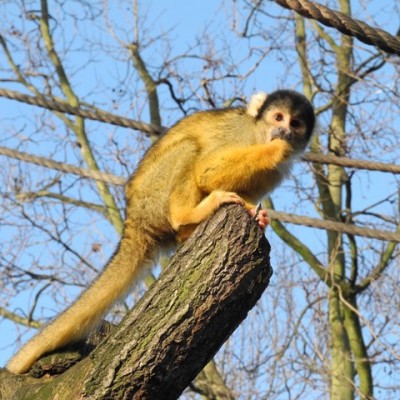 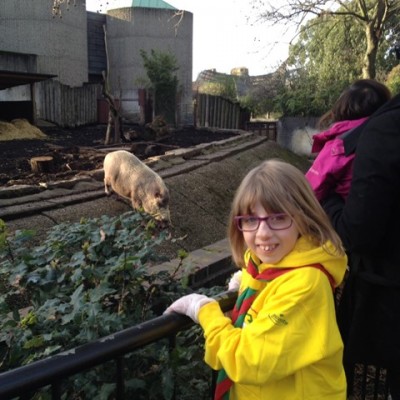 We had to meet up at the rainforest but managed a quick visit to see the giraffes being fed.

Hannah was then interviewed. It was quite scarey being interviewed, but the people are really nice and put you at ease. Roger and Suzanne got interviewed too, the people made them take their glasses off so they couldn’t see and Suzanne felt very wobbly! 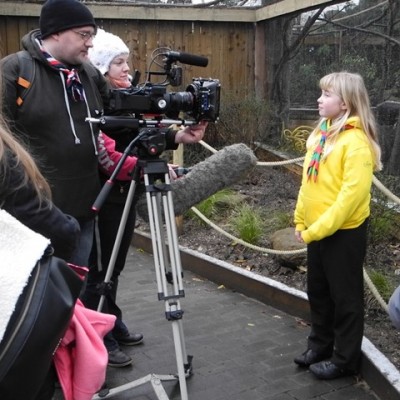 Time to go and see more animals and have more interviews as we were going around, It was amazing seeing wild animals so close and hearing about how breeding programmes are enabling animals to be put back in the wild.

We couldn’t wait to see the penguins, they are Matthew’s favourite animal.

We went back to the big room for more interviews and then we went down to the cafe for our dinner. The staff had to stay late to feed us all as the zoo was no closed and we are locked in!

There was pizza and chips with salad, a drink and Jelly for tea! Suzanne couldn’t eat it so the chef made a Thai chicken curry for her.

After we had all been fed we had to go and collect our bags to carry them to the bug house… yes we did say THE BUG HOUSE which is where we were sleeping for the night!

We had to be very quiet as we were walking through the Zoo so we didn’t disturb the animals. 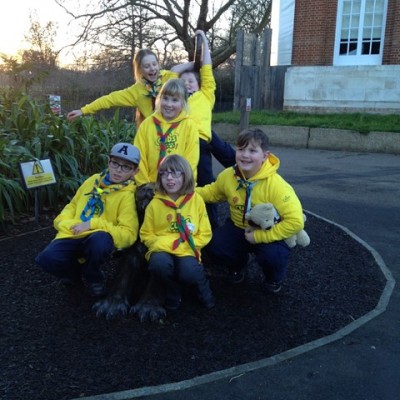 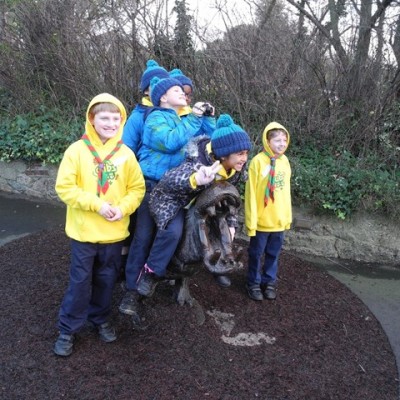 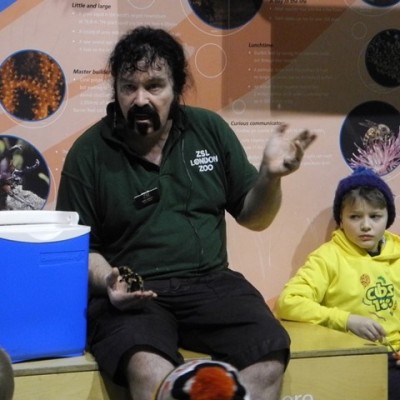 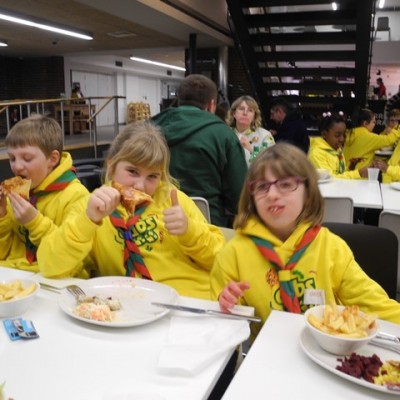 We were introduced to some of the residents of the bug house like this red knee tarantula, We were then given activity books to explore the animals in the bug house.

We got really excited as we went on a walk around the zoo in the dark, we were told we could not take pictures as this would upset the animals and torches must only be shone on our feet.

We had been told we must be very, very, quiet near the gorillas as any noise will make Kumbuka very angry if we disturb his baby!

We saw the aardvark awake and looking for his food and also the owls were awake and hooting, it was lovely seeing these fabulous animals awake.

The llamas were also awake and were very interested in the Cubs, we looked for the komodo dragon who enjoys hiding from everyone, unfortunately we didn’t find him, he hid very well!

We went back to the bug house, where we were given a bag and a t-shirt ,we had an activity to design our t-shirt with fabric crayons.

We also had another chance to explore the bug house!

We were told were we would sleep and that there would be security on the door.

The girls were in one area the boys in another and adults in another.

The toilets were just outside. We had a drink and then it was time to sort our beds out.

The girls slept under the brown rats… 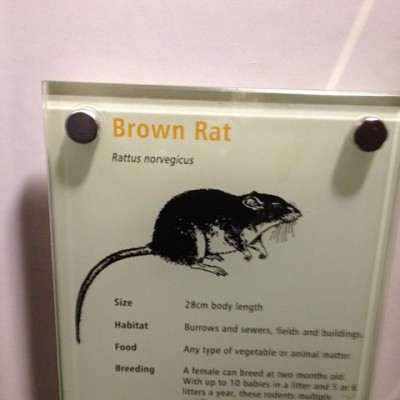 Suzanne slept under the tarantula! It was good job it wasn’t Roger or Fay sleeping there, they hate spiders! 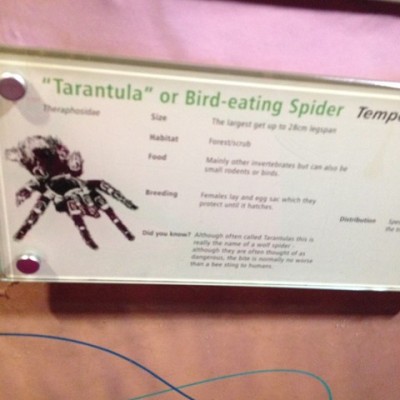 It was time for lights out, we are so tired that we are ready to go to sleep anyway! 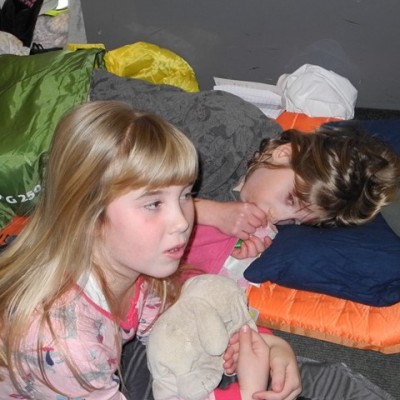 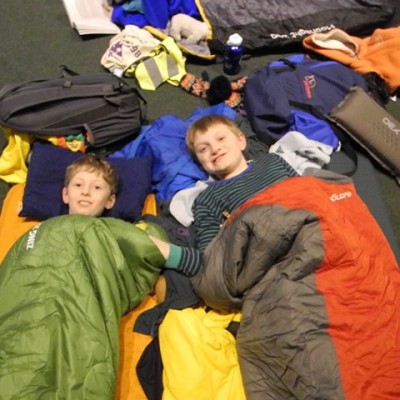 We got up, washed, dressed and pack our belongings. How on earth are you meant to get those roll mats back into those tiny bags!

It had been snowing overnight and there is a light dusting on the floor.

We carried our bags back to security and then went for breakfast.

The Zoo was very quiet and the animals just beginning to wake up.

Matthew was really excited as we are going to see the penguins after breakfast!

My face was aching with all the smiling! But it is not too hard as we are so lucky having such an amazing experience 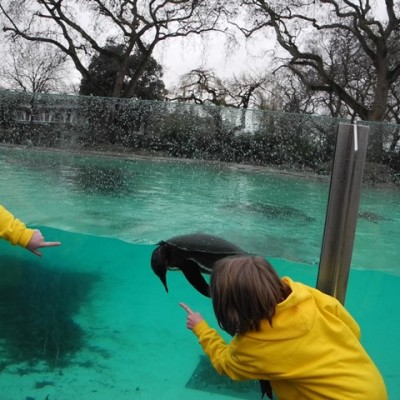 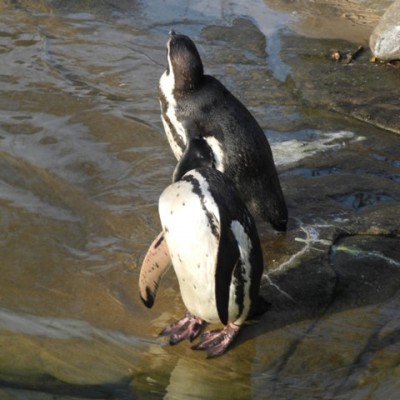 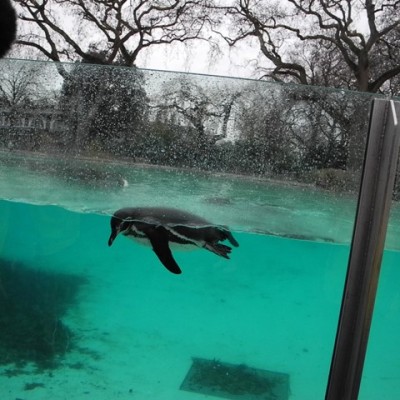 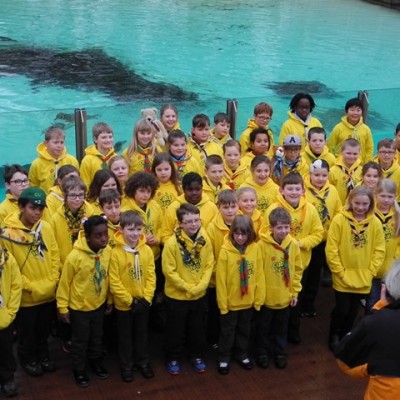 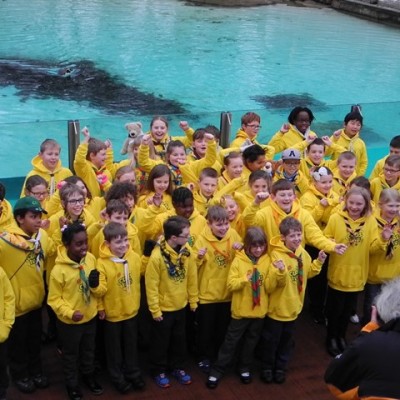 It was such a shame our time at the Zoo was nearly over, we just had time to say Happy Birthday to Cubs everywhere, and goodbye to our new friends.

We had to wait in the penguin area until all the service vehicles had gone, which gave us a great opportunity to watch the penguins. – Matthew was very pleased!

Time for a quick visit to the shop to buy our gifts and our mascot for 1st Drayton Cub Pack Centenary Celebrations! 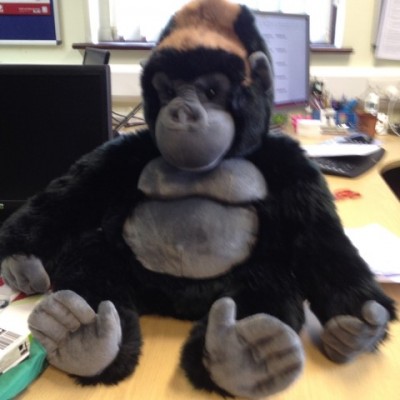 To find out more about Cubs 100 and how Norfolk Cub Scouts are celebrating through their programmes check out our Special Cubs 100 Resource Centre.

We would love to hear about your section adventures, send some words and a few pictures to hq@norfolkscouts.org.uk and you could feature on our website.

Are you an adult and think that you could help Norfolk Scouts create more fantastic opportunities like this for young people? Have you considered volunteering as one of a wonderful adult who make the magic of Scouting happen? Contact us on join@norfolkscouts.org.uk or 01603 502246