The Do Your Best awards are to recognise the achievements and diversity of Cub Scouting in Norfolk in this the 100th Year of Cub Scouting.  Not just for achieving success with badge work but to promote the positive impact young people have on themselves, fellow Cub Scouts and Adults in all aspects that make up the great family of Cub Scouting.

2016 is a special year for Cub Scouting being its 100th birthday and has been celebrated across the UK in many ways. Norfolk has had its Challenge Badge,  Its Big Day Out Fun day and Camps and other events being held in the 9 Districts.  Now we have the Greta Grand Howl and Do Your Best Awards and will end the year with Birthday parties across the county on the 16th December.

The Award criteria below were created from the characteristics of the Cub Leaders names capturing the topics of caring, coping, adversity, good spirit and diversity of Cub Scouting.

Cubs have been nominated for any or all of the awards from all over Norfolk, nominations were in the hundreds. Nominations could come from leaders, parents, grandparents, friends and even other Cub Scouts.

Hathi Award | Hathi is the elephant
For the cub who always tries to attend every meeting, activity and camp. They do this because they love it and are enthusiastic.

Raksha Award | Raksha is the mother wolf
For a cub who is consistently caring for the welfare of others, whether at home or cubs.

Rikki – Tikki-Tavi | The mongoose
For a cub that has shown courage in trying activities that they find difficult.

Kaa Award | The snake
For a cub who has excelled physically.

Bagherra Award | Black Panther
A cub that guides other members of the pack on a regular basis.

Akela Award | Leader of the wolf pack
For a cub that shows leadership qualities in all they do.

Tabaqui Award | Jackal or hyena
For the cub that is the pack clown.

Bandarlog Award | Bandarlog is the name given to the monkey colony
For a cub that has made a comic comment: Please make sure that you give the exact comment.

Wontolla Award | Special award picked by Wontolla
To show Cub Scouting at its best and have chosen one who deserves special praise.

Winners will be picked from all entrants sent in for any of the above awards and will be for those that capture the spirit of the 100years of cubs scouting. These winners will be chosen by a group of Young Leader Explorers who will whittle entrants down to 9 award winners and the tenth chosen by the ACC Cubs (Wontolla). Though every young person is a winner and Certificates of Nomination will be sent to all entrants.

We wanted to show that Cubs today have the same values and are as diverse as any Cub Scout that has made the Cub Scout Promise in the last 100years. It has been great to rad those nominations and wow we have some great young people in Cub Scouting.

The Do Your Best Awards will now join up with the Great Grand Howl at the Open Academy in Norwich on 26th November 2016, our reception style event show case the new generation to those who have been or are still involved in Cub Scouting.

If you wish to make a nomination – please visit the NOMINATIONS section of the website. 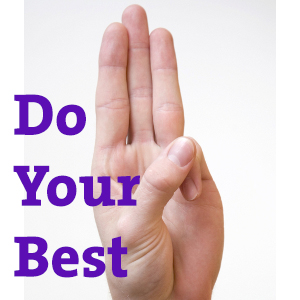