Before the meeting guests were encouraged to browse a number of displays from the Scout Districts and other Scouting activities to find out about successes, opportunities and share ideas.

The President of Norfolk Scouts, Richard Jewson, welcomed everybody to the event, which commenced with a presentation from Ashley Thorne, Ben Schofield, Luke Kittridge and Matt Wickens about their experiences at the 15th World Scout Moot in Iceland.

The general business of the meeting was then conducted.

The County Commissioner, Matthew Burrell, shared some highlights from the Scouting year that ended 31 March 2017 from the Annual Report.

Matthew thanked everyone for their efforts during the year and reminded all that each one had a role to play in welcoming new Volunteers and Young People into Scouting. Matthew asked that the community leaders who had attended tonight, consider Scouting and other youth provision as they develop new neighbourhoods.

The Annual Accounts were presented by Paul Weeks, County Treasurer, who also announced that the County Levy part of the Scout membership for 2018 would be £11.50. National headquarters has also declared a membership of £27.00, with early payment rebate of 50p.

The Chair, Rena Savage, coordinated the nomination and election of officers to Board of Trustees.

As an additional item to normal, the members of the Scout Council voted to adopt a new constitution for the Norfolk County Scouts Council.

Once the general business was concluded the County Commissioner, County Youth Commissioner, Dom Belcher and County Chair presented a number of awards and gifts:

On behalf of the Chief Scout, the County Commissioner awarded our President, Richard Jewson with the Award of Merit, in recognition of his outstanding service to Norfolk Scouts and the wider communities in the county of Norfolk. 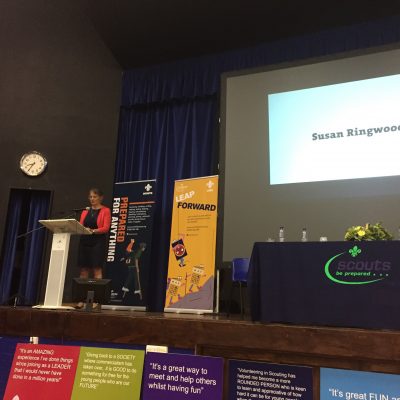 Small gifts were presented to Rae Steward, retiring County Appointments Chairman and Dave Andrews, retiring Trustee to thank them for their service to the Board of Trustees.

Susan spoke about how Girl Guiding impacted her life, and how she feels the start in life Guiding gave her has led her to succeed in a career supporting others in the charity sector and the courage to complete a number of adventurous cycle touring rides across the globe.

Thank you to everyone who attended and contributed to this brilliant showcase of Scouting. 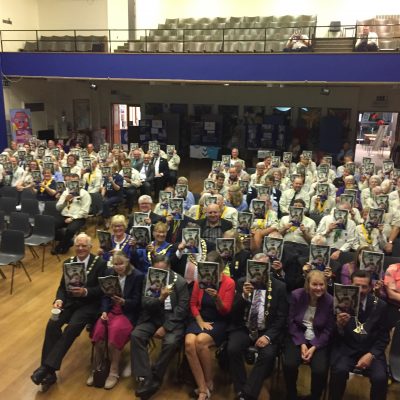