Saturday 28 October saw months of planning come together with 13 Scout and 2 Explorer teams from Northern and Eastern Norwich competing in a combined district Night Hike and helping test emergency plans.

Around 120 Scouts, Leaders and Explorers took part supported by around 30 volunteers.

Participants were welcomed, made comfortable, given refreshments and booked in just as they would be at a real rest centre. Once the main rest centre functions had been tested our attention turned to supporting the scout teams on an all-night hike event covering a 10 mile circular route around the Reepham area.

10 remote base stations were established along the route to provide shelter and refreshment for Scout teams and radio links using scout radio equipment. 6 stations had additional radio communication provided by RAYNET.

A central control room was established at RHS to co-ordinate the event, monitor team progress and keep a check on safety aspects.

Remote teams from 4×4 Response and NorLSAR were deployed via radio to assist Scouts where necessary.

Supporting the event like this provided a good opportunity to test operational deployment of volunteer assets in much the same way as a real emergency.

All agencies found the exercise useful. The exercise provided an excellent chance to highlight organisational capabilities, to build on existing networks/contacts and to identify areas for future development.

And importantly, nobody got lost (for too long!)

Extracted from the event executive summary complied by Simon Faraday-Drake, Emergency Planning Manager at Broadland District Council and used with thanks. 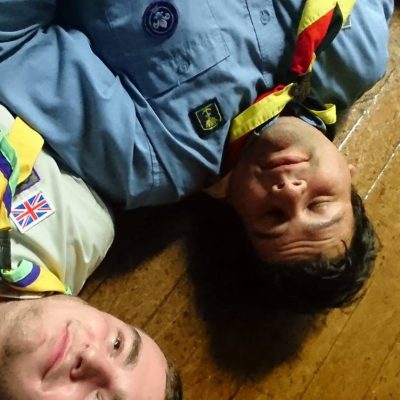