Saturday 14 April was Digital Day. I volunteered to attend, after seeing the day advertised in County Updates, on behalf of the District and  Matthew Burrell our County Commissioner was also there and asked if I would write a short piece on what went on.

Over 100 leaders and volunteers gathered at BP House in London to hear the Scout Association (TSA) unveil its Digital Strategy and plans for the next few years.

The meeting was opened by Matt Hyde, CEO,  who gave us an overview of the day’s events as well as talking about the use of digital technology in Scouting and how it will make our time as leaders easier in the future.

Helen Murray, the chief Digital officer explained where we are as an organisation with our digital technology, explaining that we do have some good things but we’re a long way from being top of the list. The Scout Association alone has 60 websites, which has been reduced to 50 with more work to do and that’s without the 8,000 group sites.
She explained that the digital team were now able to get much better information from how we as leaders use the current website and how they were using that to structure and prioritise the creating of new website. This new site will be produced in small stages and the early priorities will be a totally new search engine and making the site much easier to navigate. Some users will get early access to help shape how it works for us rather than TSA saying how they think it should be.

There will be progress on our membership systems, as well as lots of other ‘behind the scenes’ changes to make everything run smoothly.

Philip Colligan the chief executive of Raspberry Pi spoke next, for those that don’t know a Raspberry Pi is a very low-cost miniature computer which can be used for everything from simple games and coding to full-on robotics projects. Keep an eye out for Raspberry Pi supporting some great Scout programmes in the future.

Kirsten Lawton, the Head of User Experience spoke next on how TSA are using all of this new digital data they can gather to make better decisions on how things should move forward rather than just relying on anecdotal evidence.

Byron Shell from Black Penny spoke about GDPR and how it will affect us all. Coming into law on 25 May 2018 GDPR or General Data Protection Regulation regulates how we hold and use other people’s data. There’s a link on TSA website that explains more.

After a nice buffet lunch out on the terrace we spent the afternoon in two different workshops. I had fun trying out new ways to complete the Digital Maker badge, one many people find difficult. As well as trying my hand at some coding to create a digital birdbox camera.

All in all it was a very interesting day with lots of great information. Everyone came away feeling that TSA and the Digital Team were definitely heading in the right direction and intending to work closely with volunteers for our digital future in Scouting. 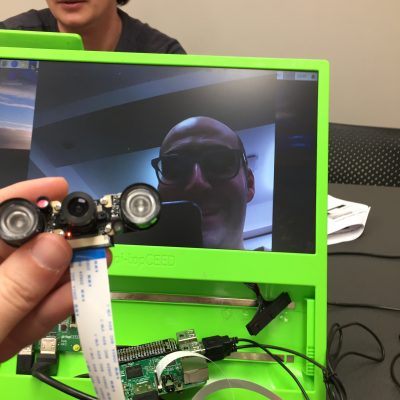 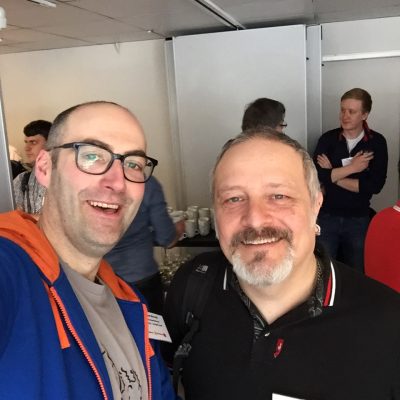 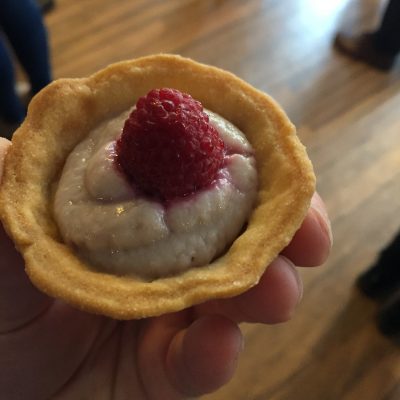 A Raspberry Pie (not digital) 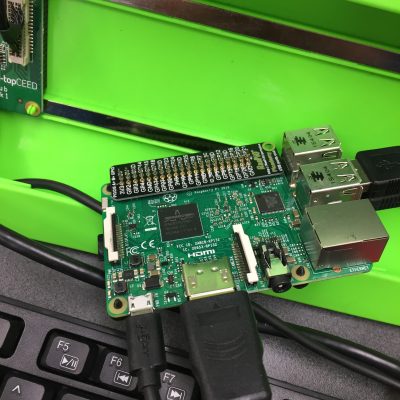 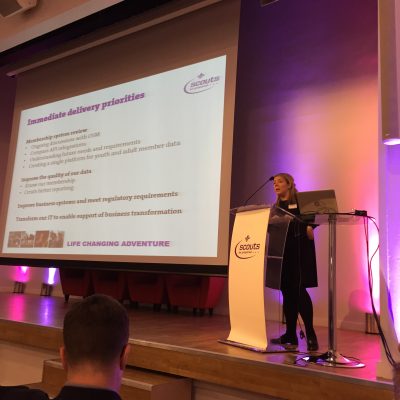 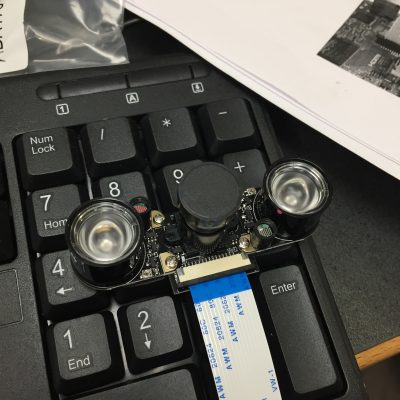 A camera module for a Raspberry Pi