Before the meeting guests were encouraged to browse a number of displays from the Scout Districts and other Scouting activities to find out about successes, opportunities and share ideas.

The President of Norfolk Scouts, Richard Jewson, welcomed everybody to the event, which commenced with a presentation from Jaguar Explorer Scouts, who are from North East Norfolk about their trip to Ghana.

The general business of the meeting was then conducted.

The County Commissioner, Matthew Burrell, shared some highlights from the Scouting year that ended 31 March 2017 from the Annual Report.

Matthew thanked everyone for their efforts during the year and reminded all that each one had a role to play in welcoming new Volunteers and Young People into Scouting.

The Annual Accounts were presented by Paul Weeks, County Treasurer, who also announced that the County Levy part of the Scout membership for 2019 would be £11.50, remaining the same as 2018. National headquarters has also declared a membership of £28.00, with early payment rebate of 50p.

The Chair, Rena Savage, coordinated the nomination and election of officers to Board of Trustees.

Once the general business was concluded the County Commissioner presented a number of awards and gifts:

A Long Service Award was presented to David Cubitt for 30 years service.

A Commissioner’s Commendation to Pat Pinnington, retiring County Commissioner for Girl Guilding Norfolk, for her hardwork in guiding and friendship and support to Scouting.

A Commissioner’s Commendation  to Matt Kitchin, Director of Essential Services at NORJAM2018 for his leadership during the Nirovirus ourbreak.

Liam Segust, from East Norfolk was presented with his Queen’s Scout Award by the President.

The event concluded with our Guest Speaker, Matt Hyde, Chief Executive Officer of The Scout Association.

Matt spoke about The Scouts’ strategy to 2023, Skills for Life and the key principles.

Thank you to everyone who attended and contributed to this brilliant showcase of Scouting. 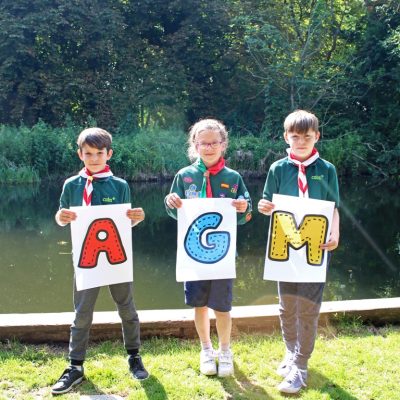