Helen and Paul had the great pleasure and honour of taking Cringleford Scouts and Explorers to Normandy for the 75thD-Day Anniversary. While they were there, along with other young people, they helped lay over 8000 red roses on the graves of the fallen. 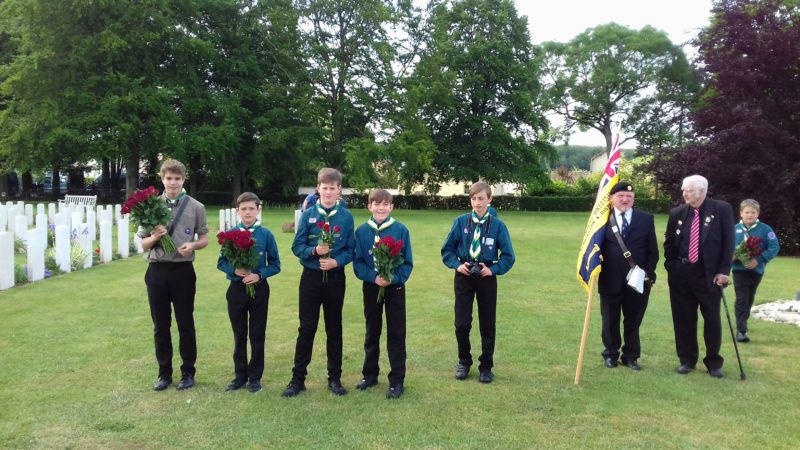 The roses were clearly seen on the news reports on the actual 75th Anniversary on 6th June and apparently Prince Charles could be seen looking at our Scout Wreath in the colours of our necker – green, white and yellow. 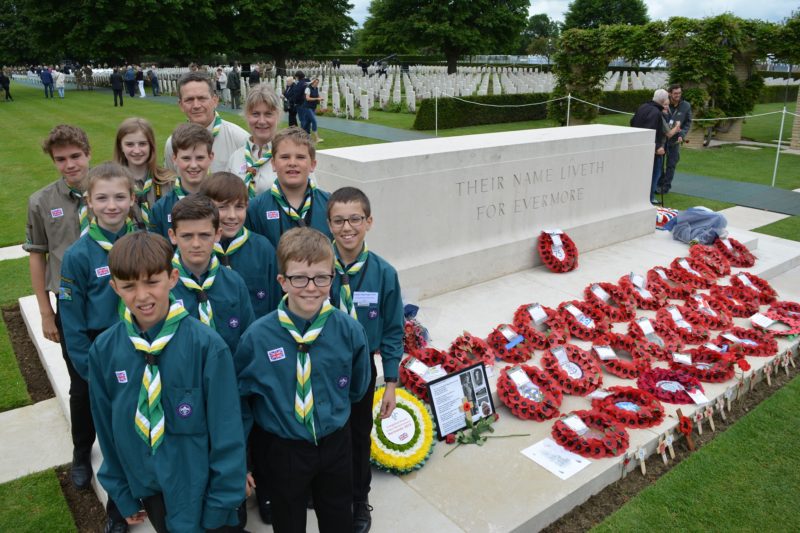 The group also had the chance to do a bit of exploring, looking at the tanks and the gun batteries that are in the area. 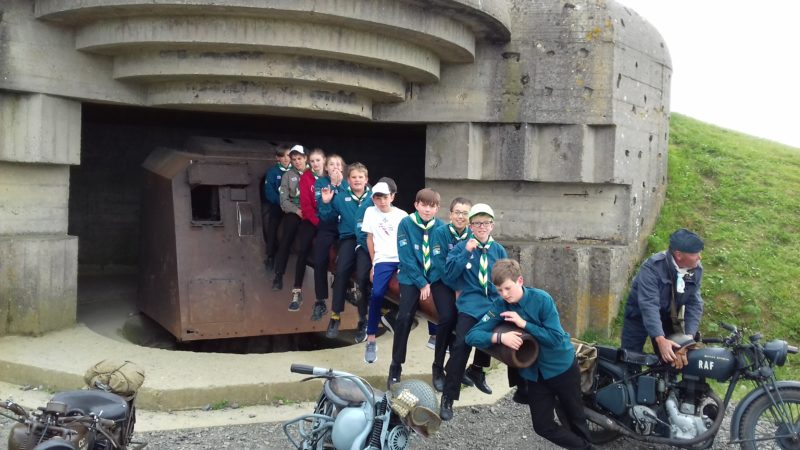 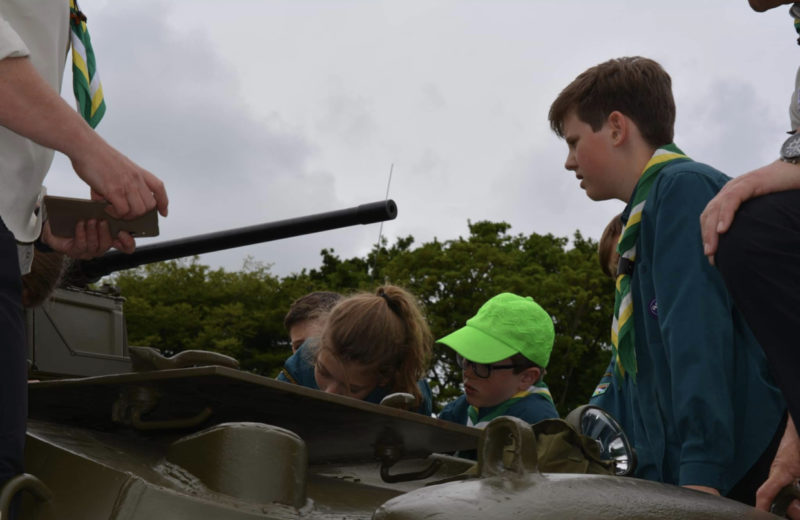 Helen and Paul received many comments on how well presented and behaved they were. Helen said “they were smart, interested, respectful and represented our group with brilliance and we couldn’t have expected anything better from them” they have represented Norfolk Scouts so well and have paid their respects to the fallen in a wonderful way. 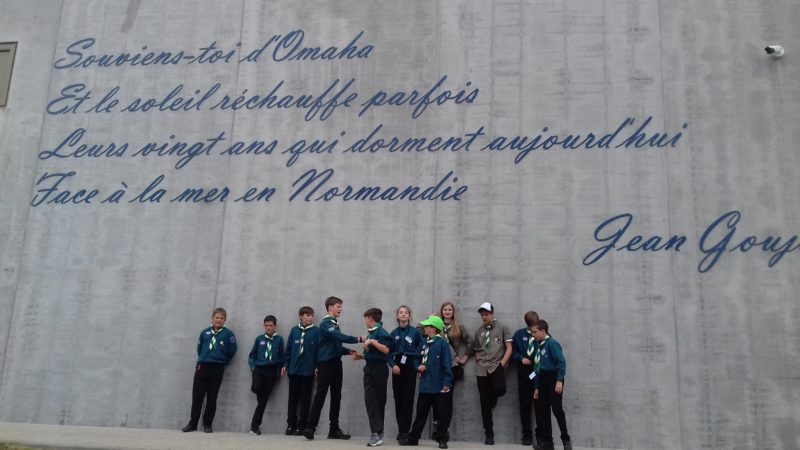 Helen and the Scouts were also interviewed about the anniversary and being at the War Graves. The young people spoke about how they couldn’t believe the amount of lives lost that day! They knew it was a lot but actually being faced with the rows and rows of white grave stones brought it home too them. 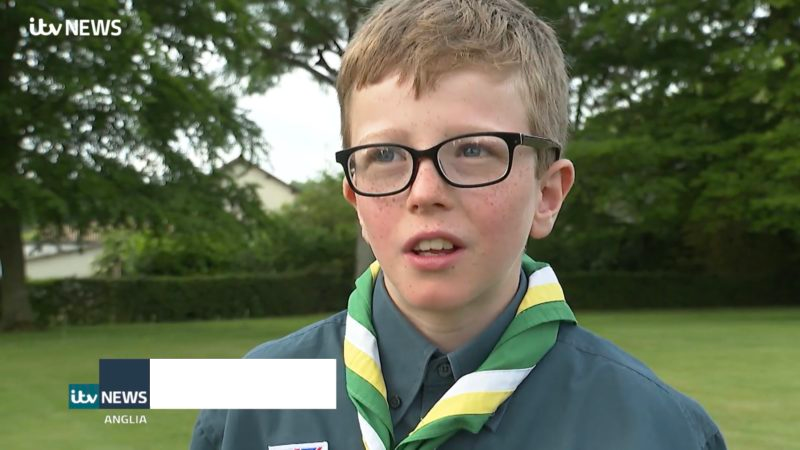 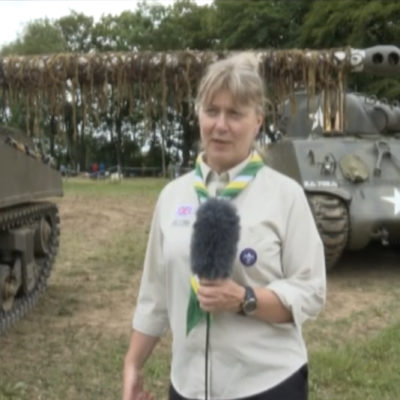 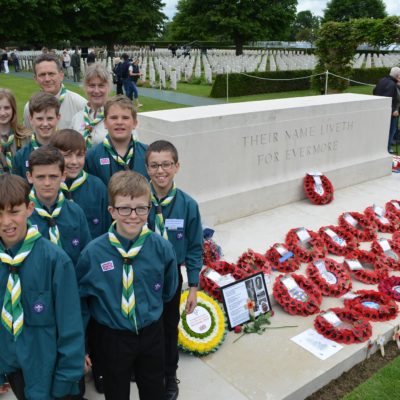