Norfolk Scouts celebrate achievements!
40 Members of Scouting, Families and Friends joined together on Sunday 15 March to celebrate members of Norfolk Scouts who have been recognised by the Chief Scout with Good Service Awards.

At an event at the Strangers Club, Norwich the recipients were presented their awards by Sir Norman Lamb, the Deputy Lord Lieutenant of Norfolk. The event also celebrated was the success of three young people becoming Queen’s Scouts in 2019.

Sir Norman gave a speech where he highlighted the hard work and dedication of all adult volunteers and celebrated the success of Scouting in Norfolk. 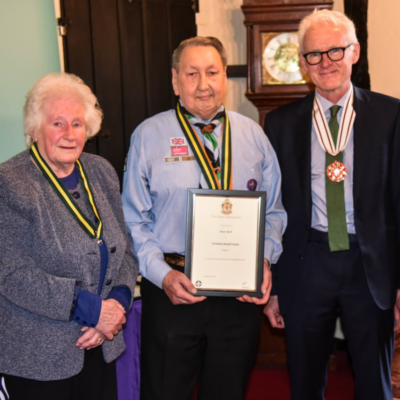 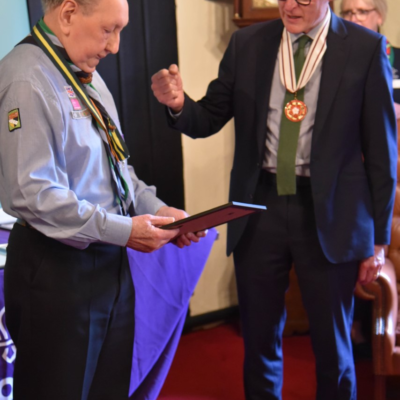 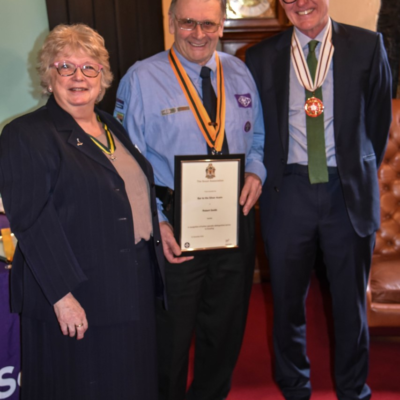 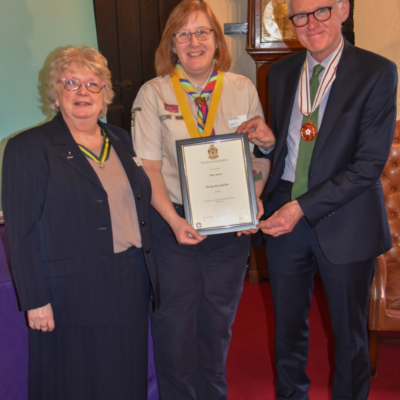 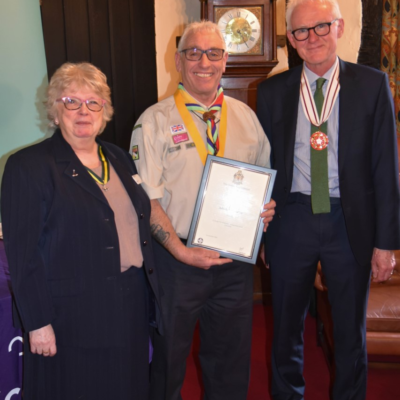 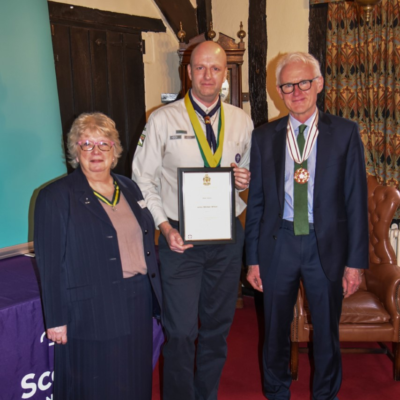 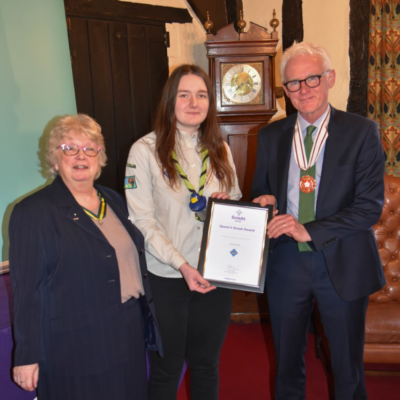 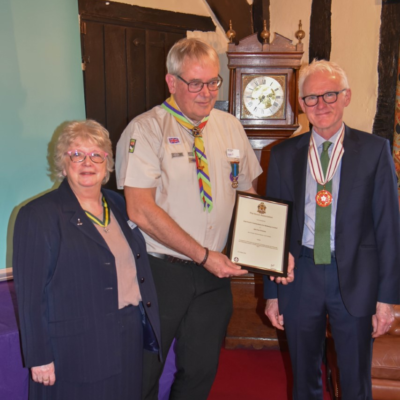 Commendation for Meritorious Conduct
John Sweeney – County Board of Trustees 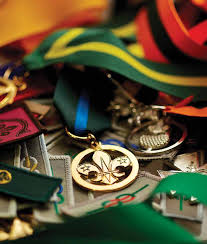