An update from Matthew, our County Commissioner:

Over the summer I have supported some changes to the Senior Management Team in North East Norfolk District to allow the creation of a ‘Team DC’ Model.

What is a Team DC?

Although we’ve not done this in Norfolk before it has worked successfully in other counties where the ever broadening role of the DC is split between multiple people.

I’m really keen to see this in operation as it provides another form of flexible volunteering that may support our ability to recruit in the future.  There is no reason why a Team GSL or Team DESC for example couldn’t be tried for example

How does this differ from having a DC and Deputies?

It varies slightly is the respect that each of the members of the Team DC hold the District Commissioner role and are equally as responsible and accountable for the decisions they make and actions they take.

How are Paul and Roger’s responsibilities shared?

The key focuses of Paul’s role are:

Roger has been appointed as District Commissioner (People and Operations)

The key focuses of Roger’s role are:

While they each have an area of focus they will clearly work closely together on many things as part of the broader development of Scouting in North East Norfolk.

If you’d like more information about how the role is shared or not sure which District Commissioner you’d need to contact for a specific purpose then take a look at the Role Descriptions for the roles or take a look at the table and organisation chart below.

I’m sure you’ll join me in welcoming Roger to the District Commissioner role and wishing them role well in this exciting first for Norfolk Scouts. 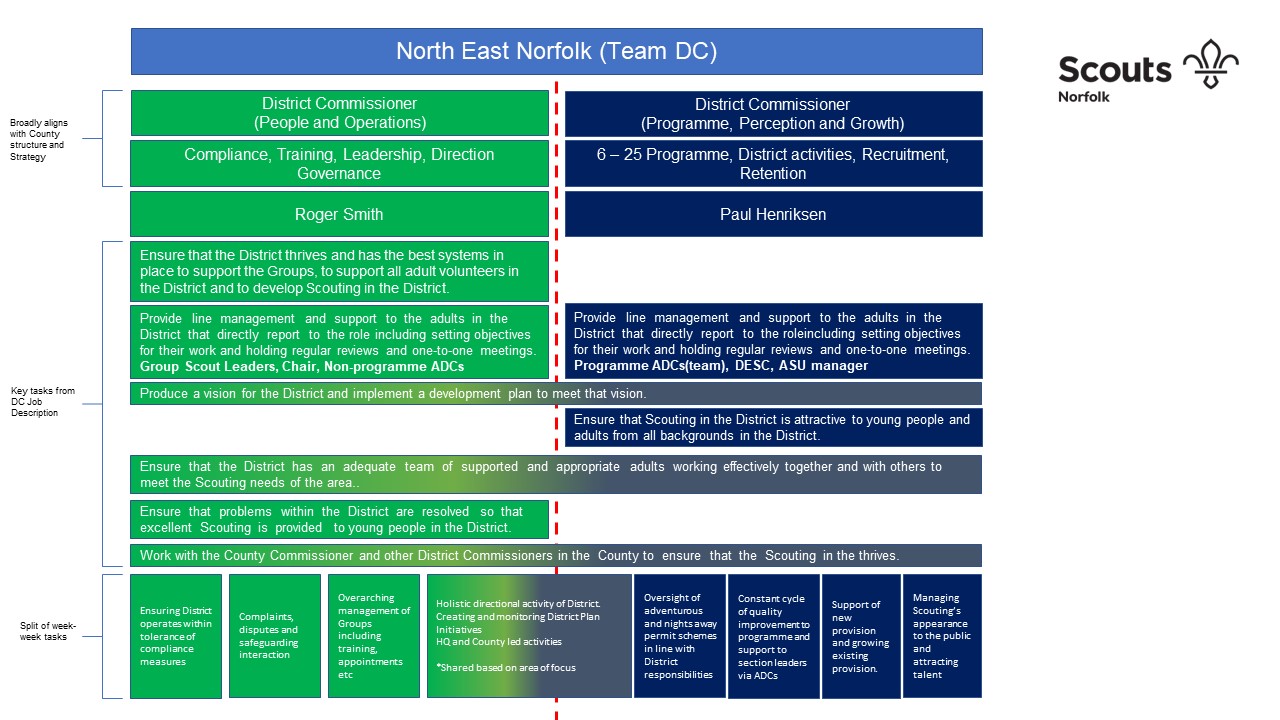 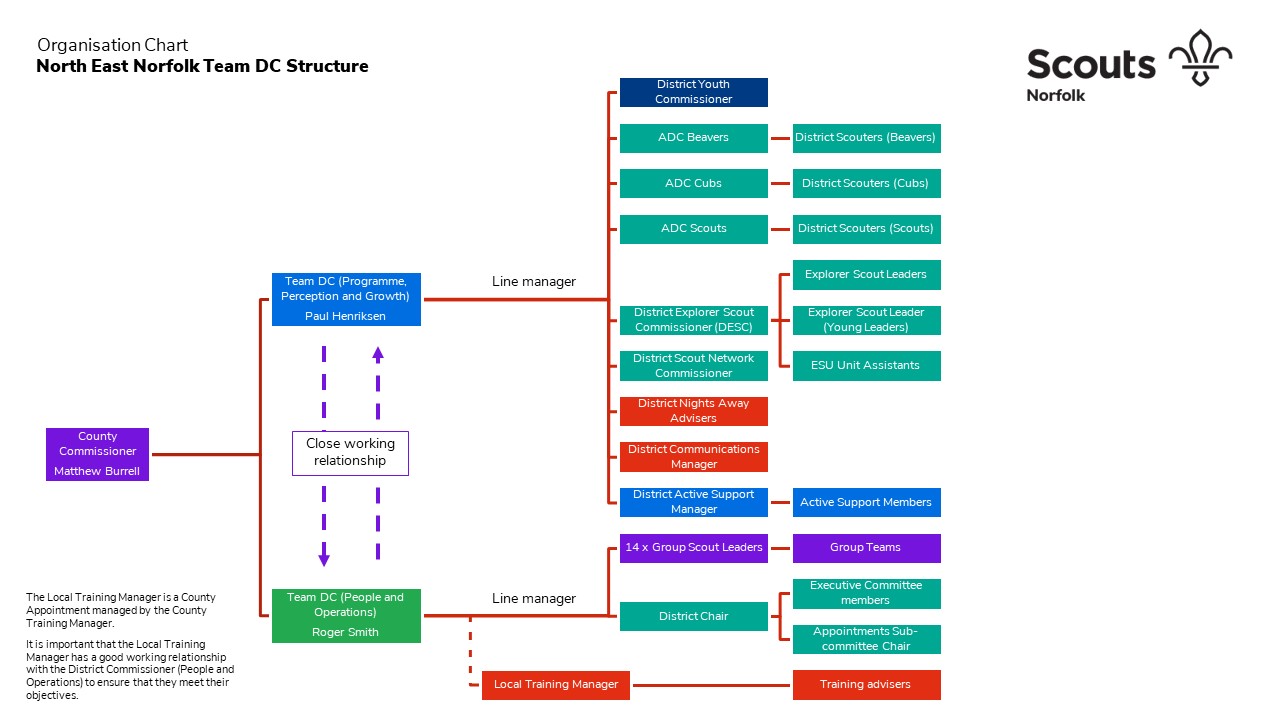 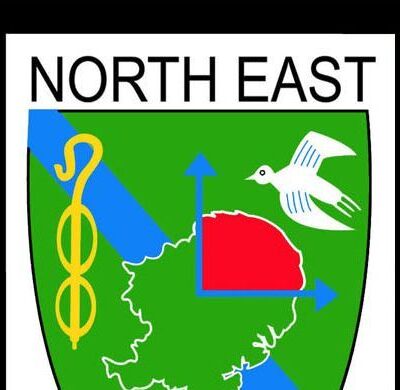