So many people are taking part in virtual camps, to bring people together even though we’re apart.

If you have any pictures, videos or words about your camps, post them on the FaceBook pages for Norfolk Scouts.

All camps are listed numerically by Group number and name, with District events at the foot of the page. 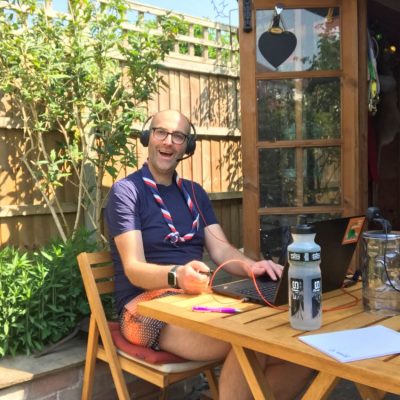 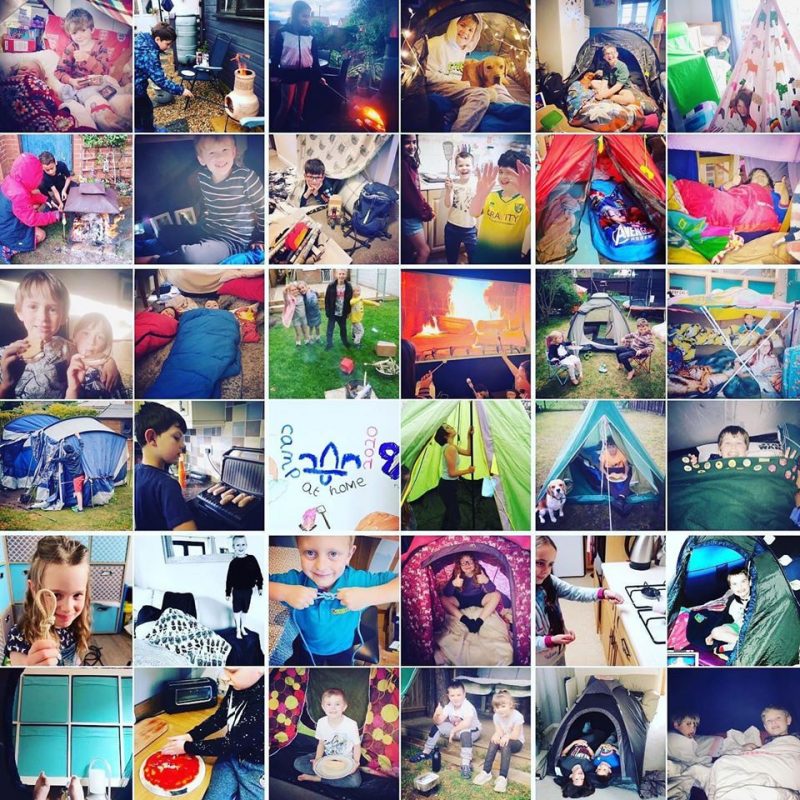 Bringing people together (virtually) when we must remain apart.
Largest camp in the world EVER with 67 countries, over 84,000 people joining in and the final total yet to be announced.
In our Group 53 young people took part by packing their bags, building a shelter and campfire, helping to cook a meal, taking part in a scouty activity and spending the night away from their bed. It was fantastic to see not only our members but so many families get involved.
Very proud of you all. We might even have to virtually camp again! 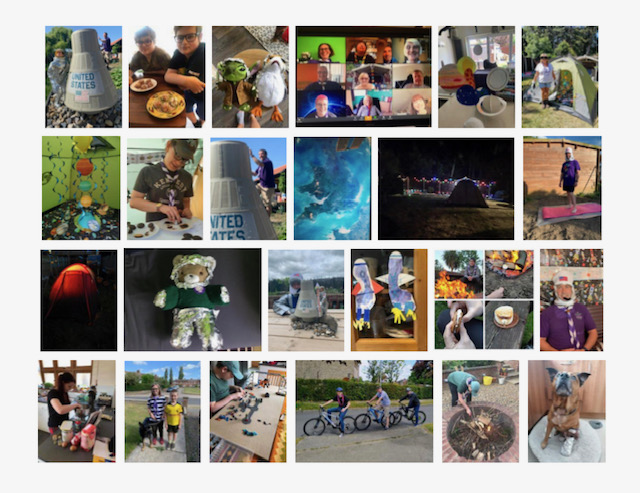 Over 40 members of the Group and their partnered Explorer Unit went to camp on the moon.
Space Commander Gerry made a series of films to guide the Space Cadets on their mission and everyone had great fun exploring the Scouting Universe. 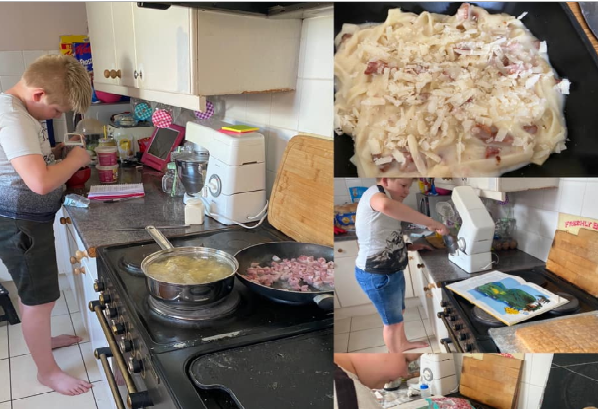 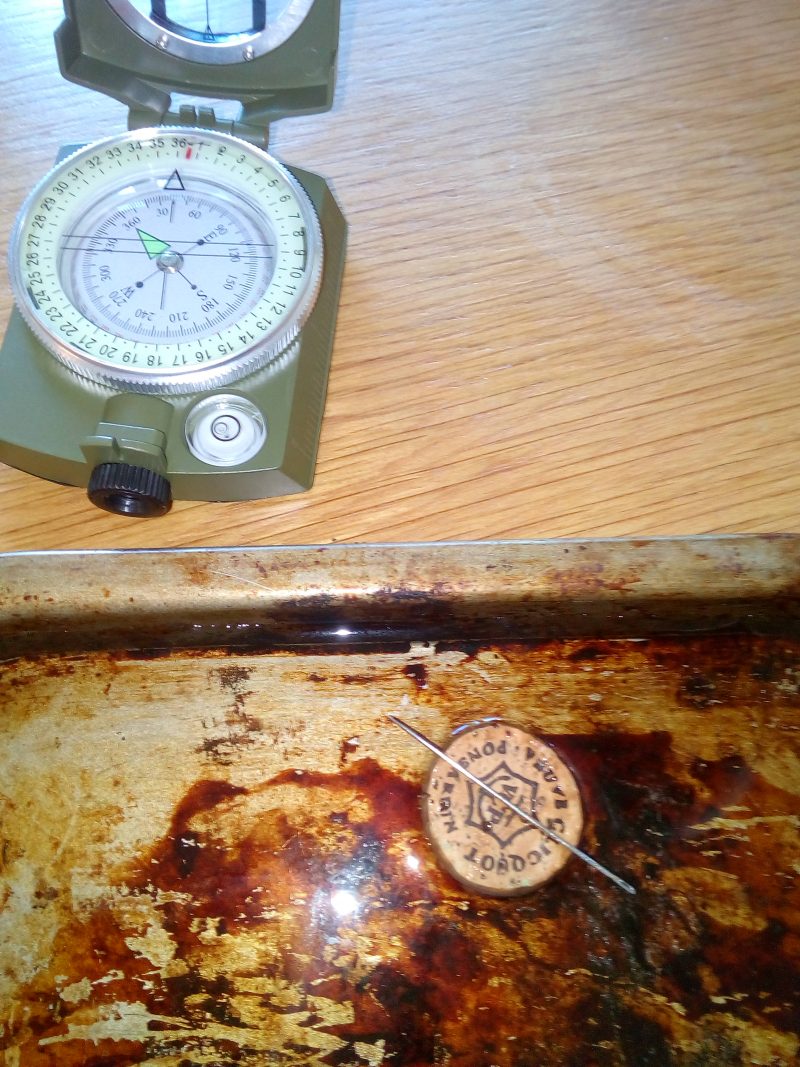 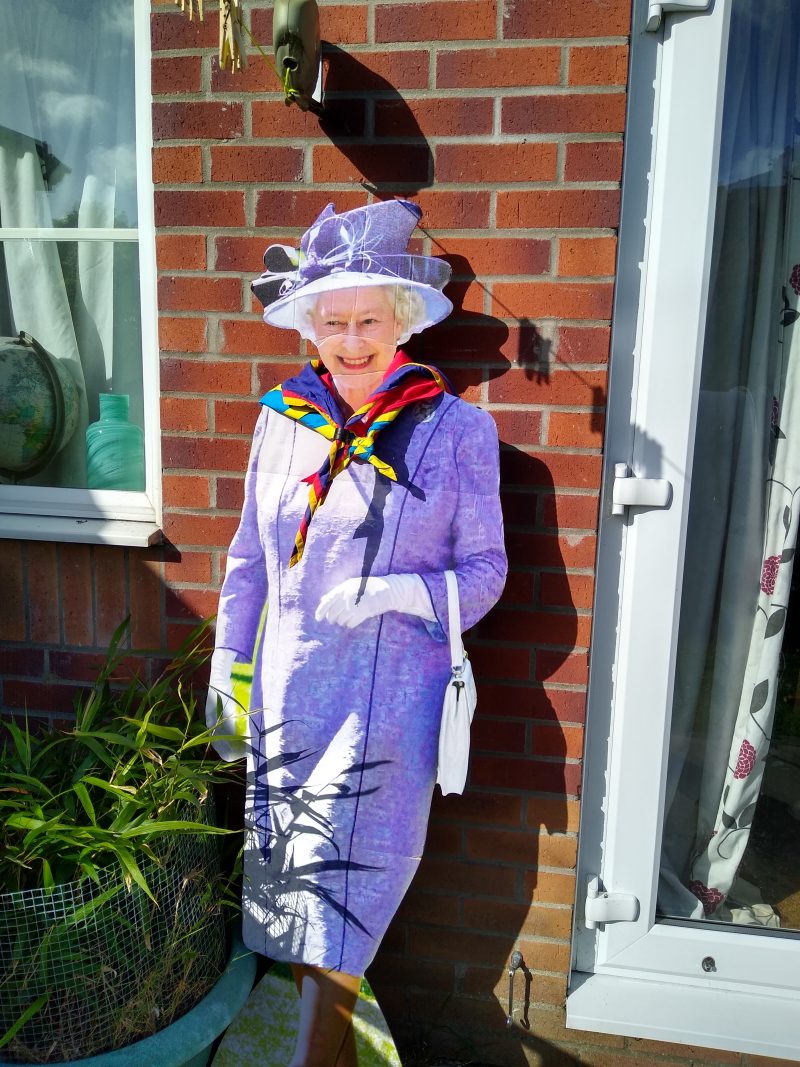 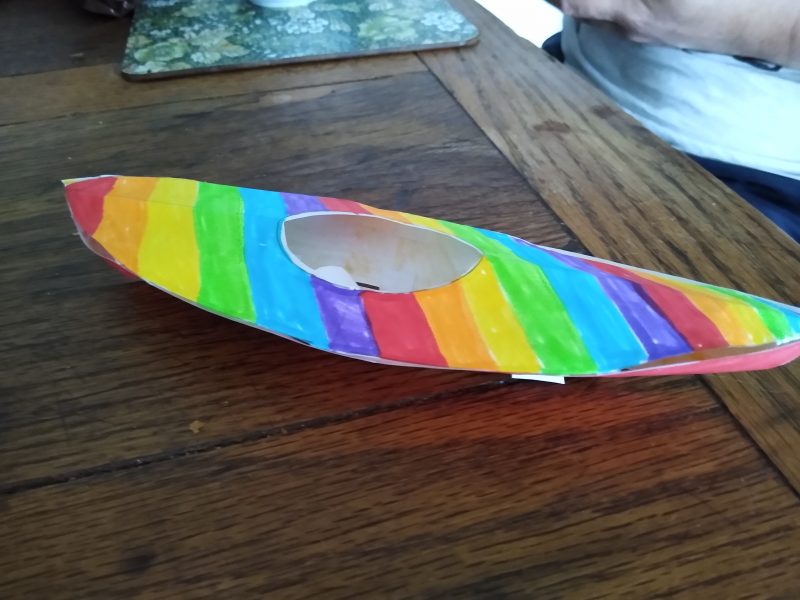 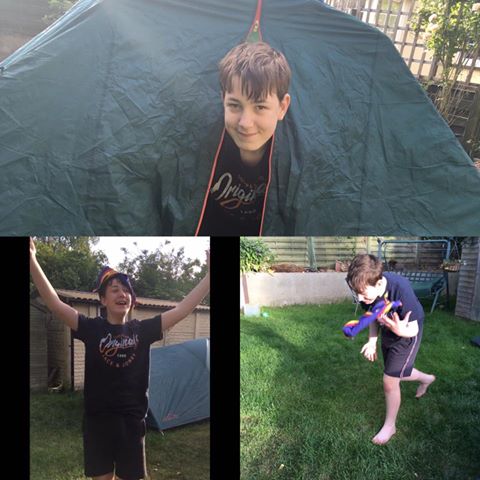 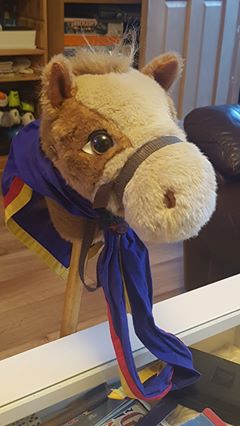 Beth Roe from  1st Old Buckenham Scouts and Bombers ESU commented on thier  virtual camp weekend – We were booked on to the water activities weekend meaning that during late December I booked the weekend of work, and as its a bit stressful working at microbiology / virology at the Norfolk and Norwich right now, what a great opportunity to relax from work and think about something else.  We tried to cover some for Norfolk Scouts in the House activities and at the same time do some water activities.  Ended up with some science going on, we also shared some for Northumberland scouts “Carnival Marra” activities. 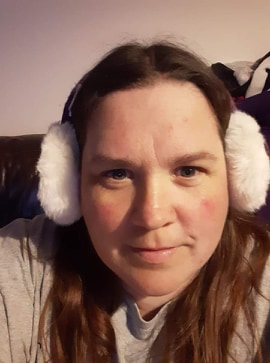 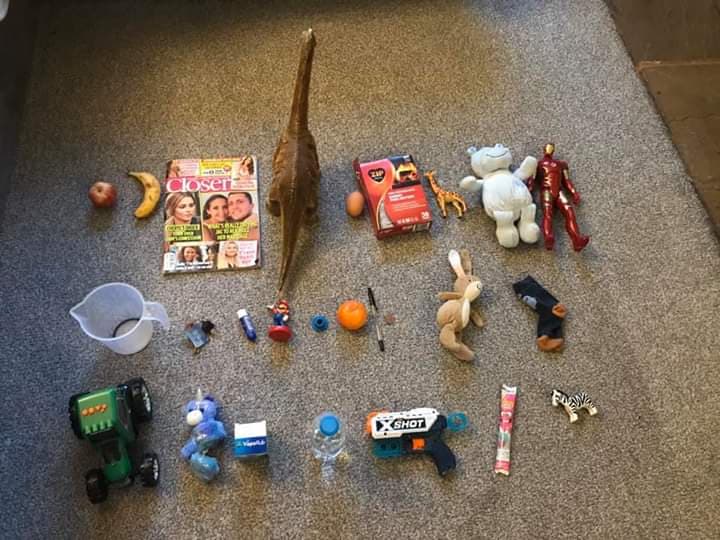 1st Shipdham (Thomas Bullock) Scout Group Camp at home April 30th to May 1st We took part in the camp at home…each member had a camp passport which had been delivered to them…started at 6pm by pitching tents or making a den, then we done a treasure hunt around our houses finding an item for each letter of the alphabet, guess the leader from photos of them as a baby or child, campfire, and then a story which was read to them by two of our leaders. The next morning they had a warm up and an exercise class led by a leader and ended with scouts own. Feedback was that they wanted another one!!!! Tracey 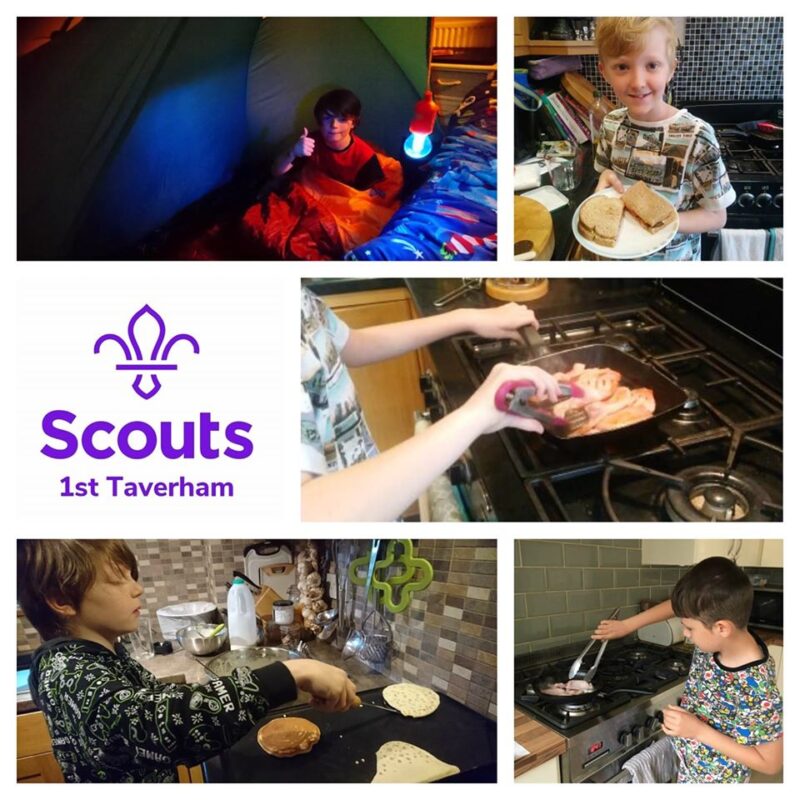 A good breakfast is the essential start to our virtual WAM camp. Looks good. 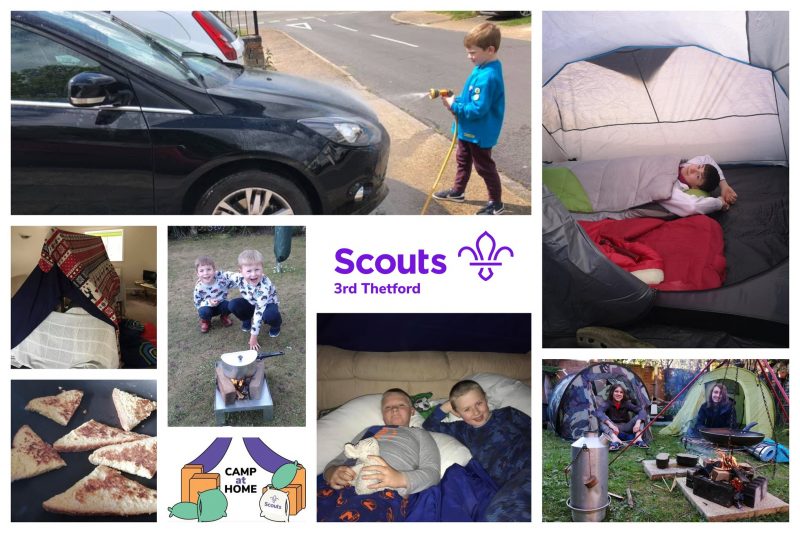 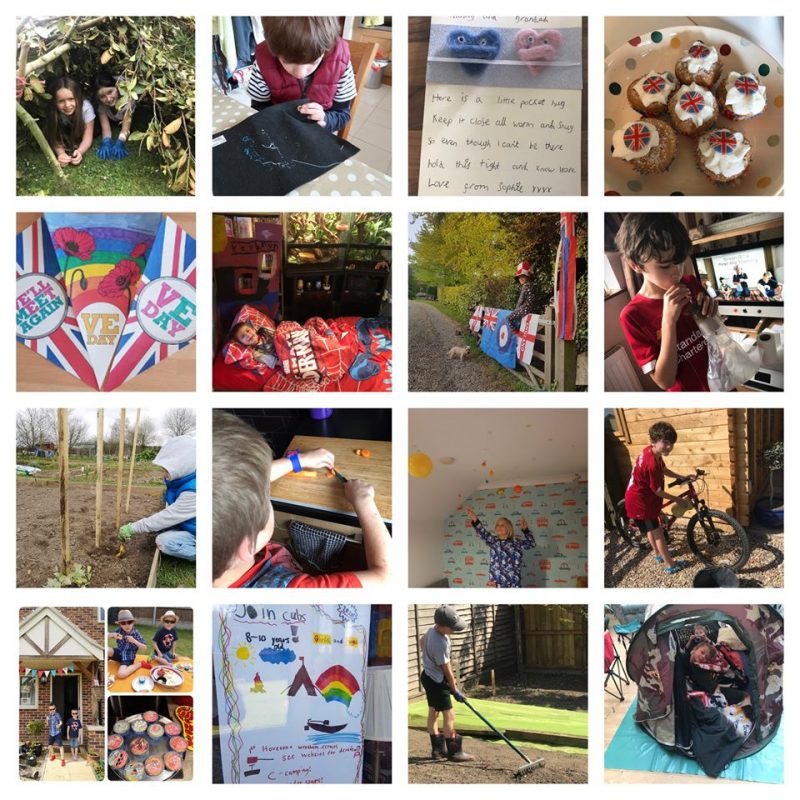 Just a few of the things 1st W & H Cubs have been up – to including some virtual camping. 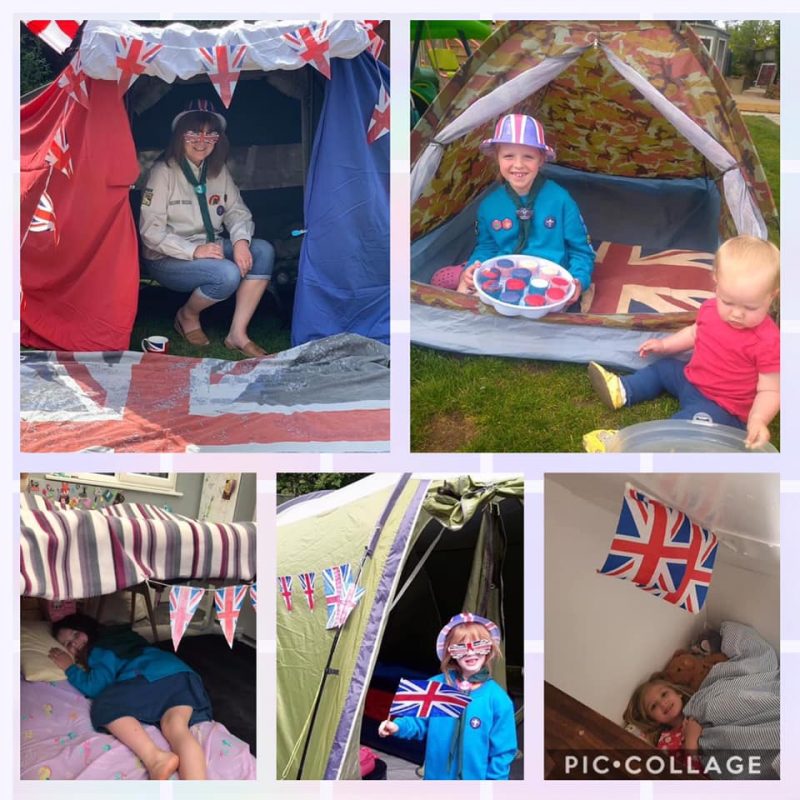 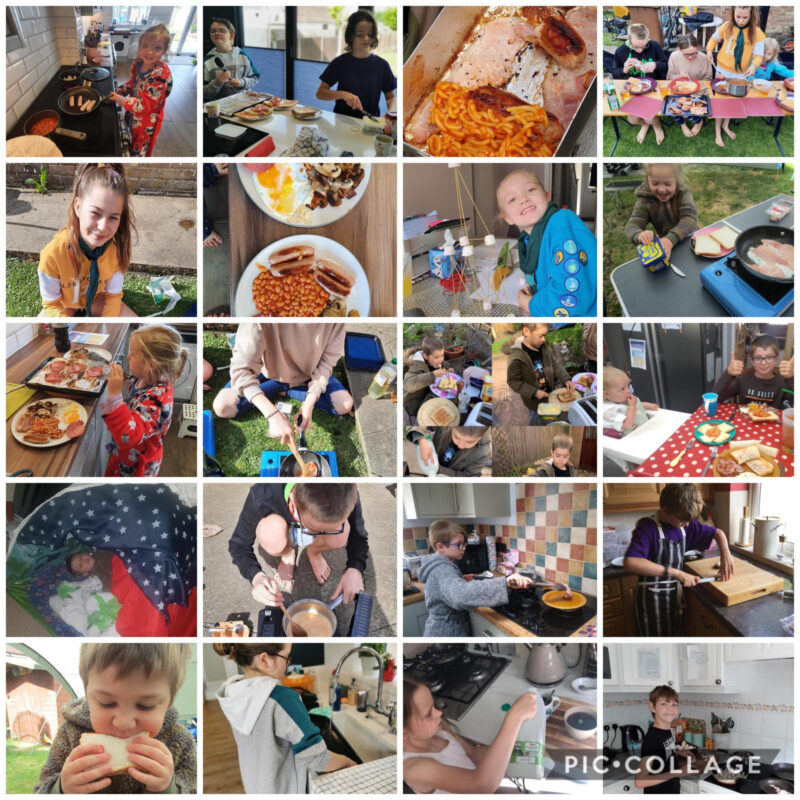 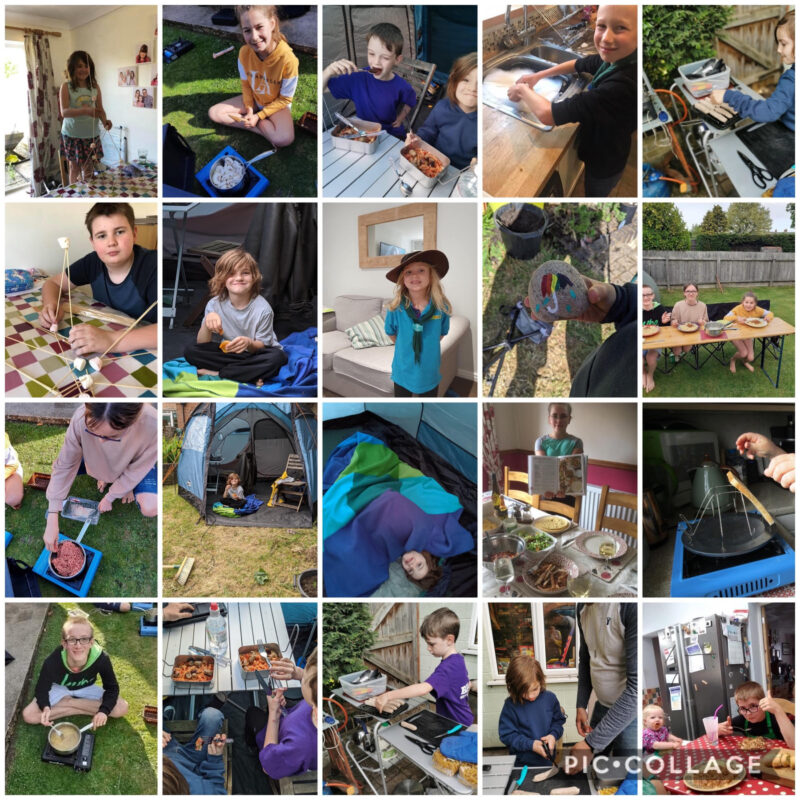 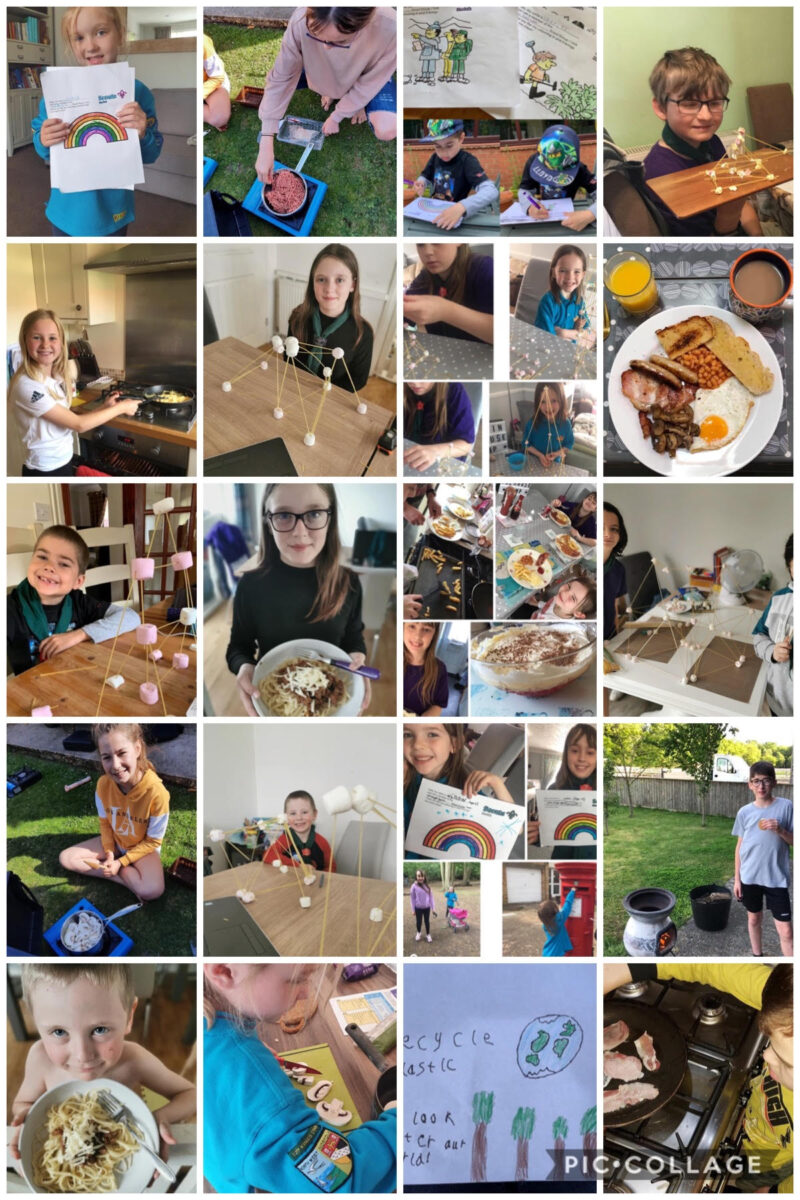 Over the weekend 48 of our Beavers, Cubs and Scouts took part in a ‘Camp in the House’! Everyone joined in with zoom meetings each day, put up their tents or dens, cooked their own meals, took part in a pioneering challenge using marshmallows and spaghetti and created pictures and cards to send to the residents at Amberley Hall Care Home. The final zoom meeting was ‘down under’ in Adelaide with some of the Bloo Rovers from Scouts Australia, the children learnt many facts about Scouting in Australia.
The Beavers, Cubs, Scouts, Leaders and families had a brilliant Scouting weekend full of fun.
Comments received from some of the parents –
“Wow what a weekend! I know that Lola and Willow have loved every minute of it and as a family we have had great fun! Some lovely memories made which they will look back on and remember in years to come.
A HUGE thank you to all the leaders and helpers from beavers, cubs and scouts, many of which I know are key workers at this time. Yet they still work hard to keep the children entertained and busy with activities on a weekly basis, which is keeping us all going during this time!
Well done to everyone who took part 12th Kings Lynn Scout group, looking forward to the next one….“
“Thank you to all who made this weekend possible. It was lovely for the kids to see everyone and feel part of the wider community again. We’ve been overwhelmed at the outstanding efforts being made by all the 12th leaders and teams to keep in contact with us and continue to think of new ways to engage and support the Beavers, Cubs and Scouts during these difficult times. Not forgetting the Australia call you managed to pull out of the bag at the last minute! It only proves my point that you all truly care about the kids and their wellbeing. Thank you so much for being there for our kids. It’s not been the easiest couple of weeks for ours, but the interaction with this group has restored some well needed normality and more importantly, smiles.” 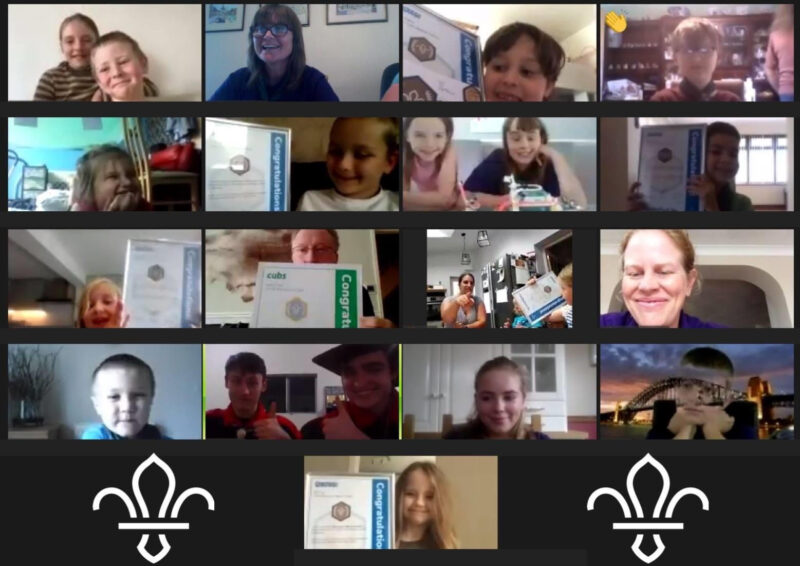 At the weekend Beavers, Cubs and Scouts from the 12th King’s Lynn Scout Group took part in an Australian themed Sleepover.

The children, leaders and families, made dens and put up tents to sleep in at home. On Friday evening the children were set the challenge to recreate a famous landmark of Australia. The children built the Sydney Harbour bridge or the Sydney Opera House using Lego, Duplo or marshmallows and spaghetti.

The following morning, after breakfast, the children created a healthy fruit snack on zoom before finding out and making their own didgeridoos. The group had an online zoom meeting after lunch with some Rover Scouts in Australia, where several of the children opened a special envelope containing their Chief Scout Bronze and Silver Awards, the highest awards at Scouting for Beavers and Cubs. Our Australian friends have kindly offered to send the Australian equivalent badges.
The afternoon continued with a boomerang challenge, the children made their own boomerangs and uploaded videos to see who was our boomerang champion was

he 12th King’s Lynn Scout group have continued Scouting every week, including throughout the school holidays, online through lockdown. The Beavers, Cubs and Scouts have continued to enjoy working towards badges and completing challenges.
While chatting on zoom about things that make us happy and what everyone was looking forward to after lockdown someone mentioned Christmas, and so our Christmas Camp in August was planned. Little did we know that it would also fall on the hottest day of the year so far!
Our Christmas Camp opened on zoom in temperatures above 30 degrees, with a fantastic session learning how to draw all things Christmassy with Illustrator and Author Liz Million. Everyone created some amazing pictures of reindeers, snowmen and Robins with the expert guidance of Liz.
Cub Scout Laney Twell, was awarded her Chief Scout Silver Award. The highest award a Cub Scout can achieve.
Some of the Beavers, Cubs and Scouts slept under the stars for the first time while others slept in tents or Christmasy decorated dens with twinkling fairy lights for two nights.
We held a very special zoom meeting on ‘Christmas Eve‘ wearing our funny hats, to share some memories of our beloved Scout Leader Merv Beckett, who sadly passed away on July 24th. We listened to a meaningful story and everyone was invited to write their memories to be included in a special group memory box.
Our camp continued with Christmas Day festivities including; creating a Christmas menu, making Christmas cakes, building a snowman, making gingerbread and tasty milkshakes (it was too hot for hot chocolate!), Family Fortunes and the Generation Game. We were all surprised with a rather special visit from Father Christmas on zoom live from the North Pole too!
The children and families enjoyed making decorations and cards that had been delivered to their houses, before enjoying their Christmas day lunches followed by walks wearing their Christmas hats, toasting marshmallows and even taking part in the traditional Christmas Day swim.
Lots of festive fun enjoyed by all! 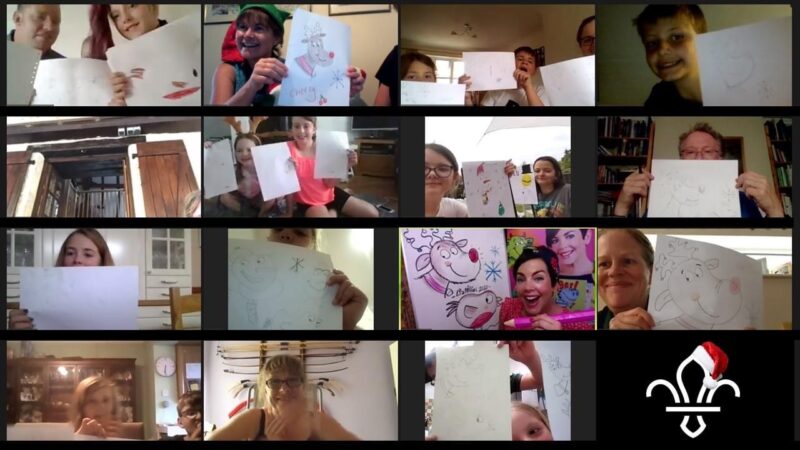 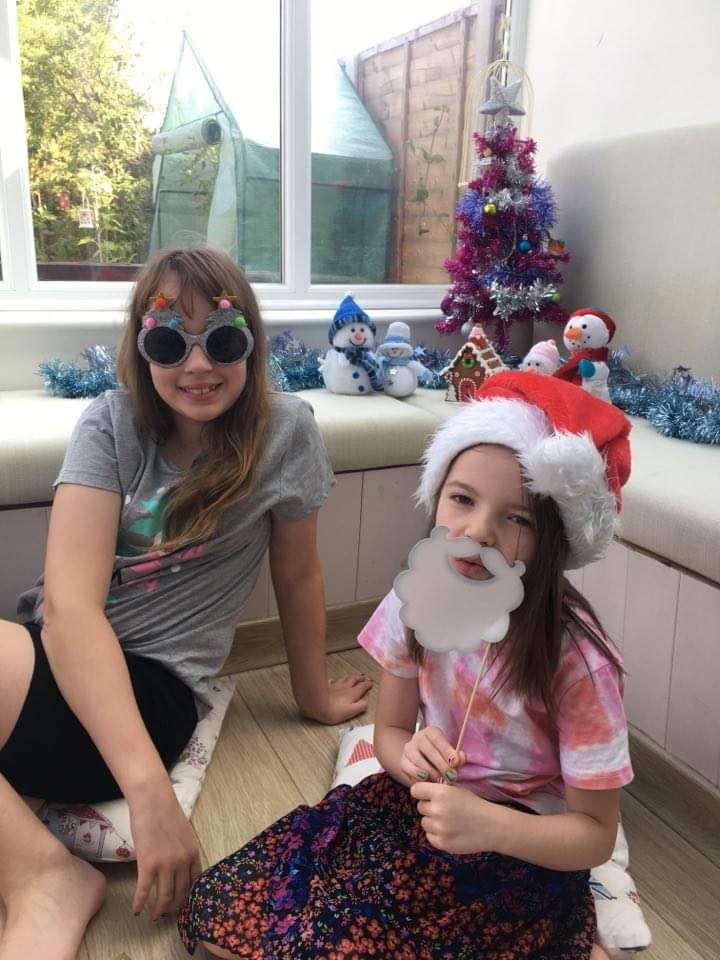 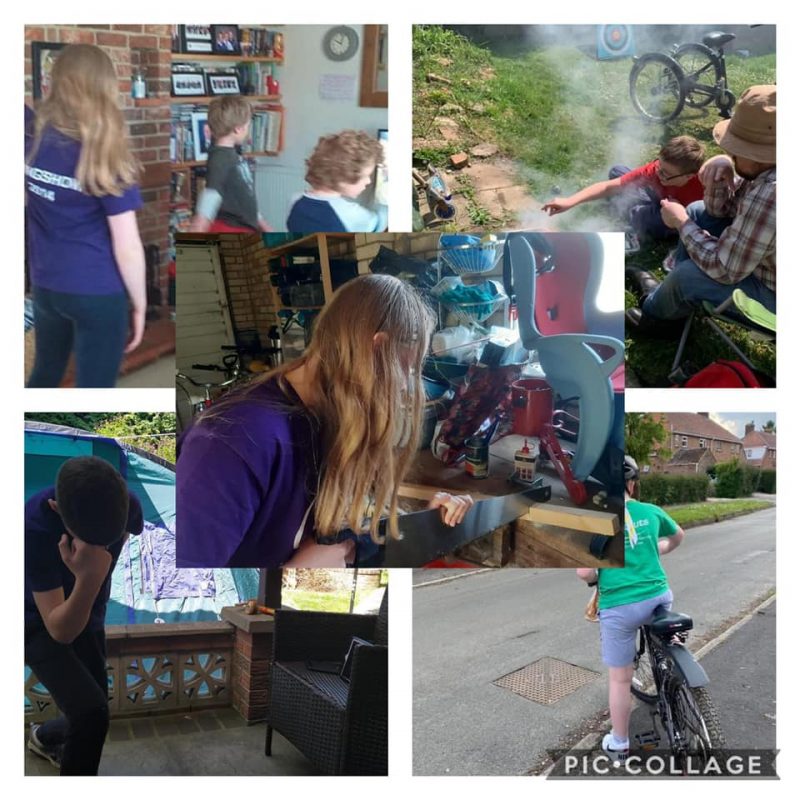 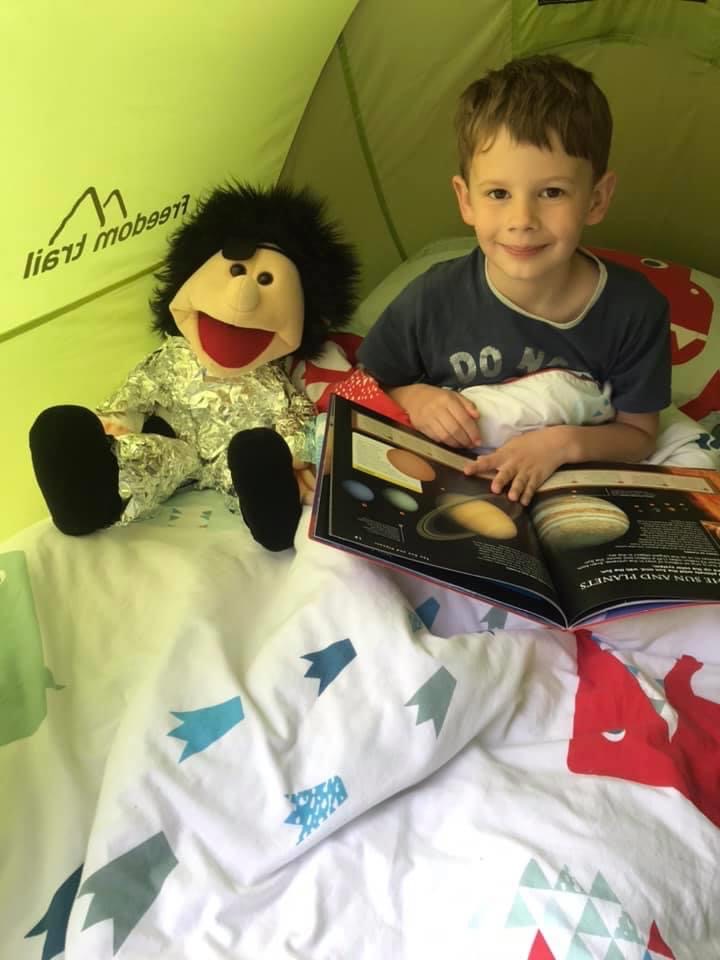 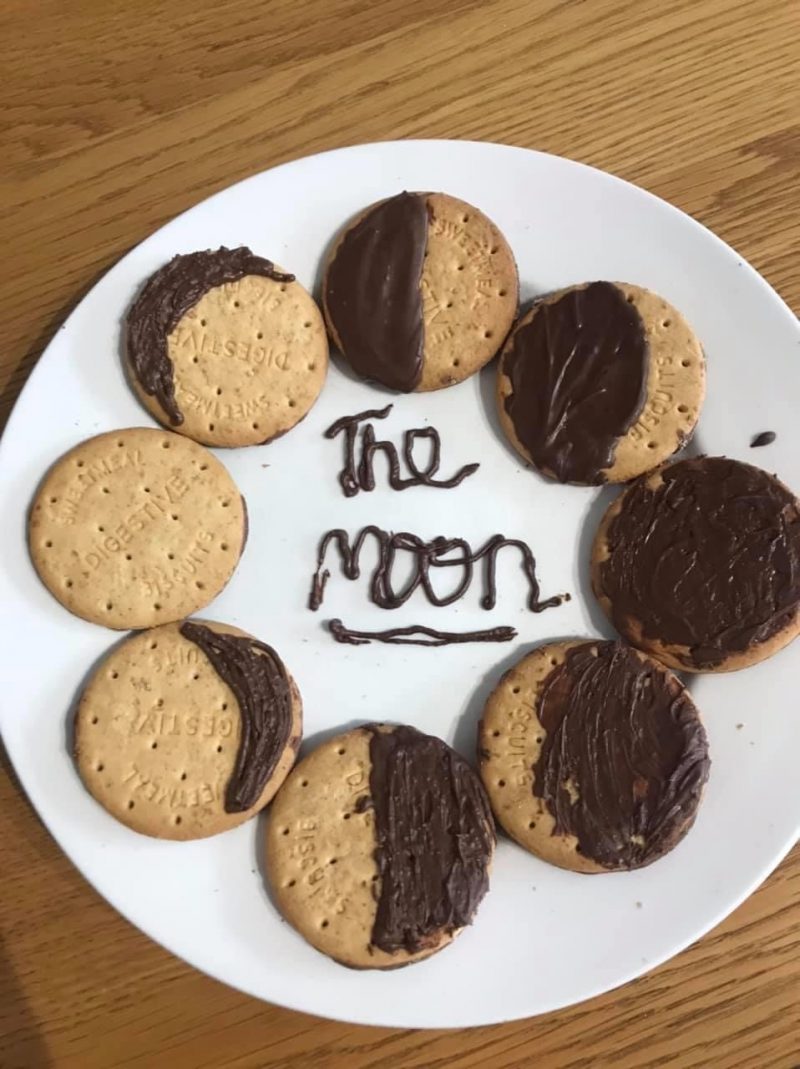 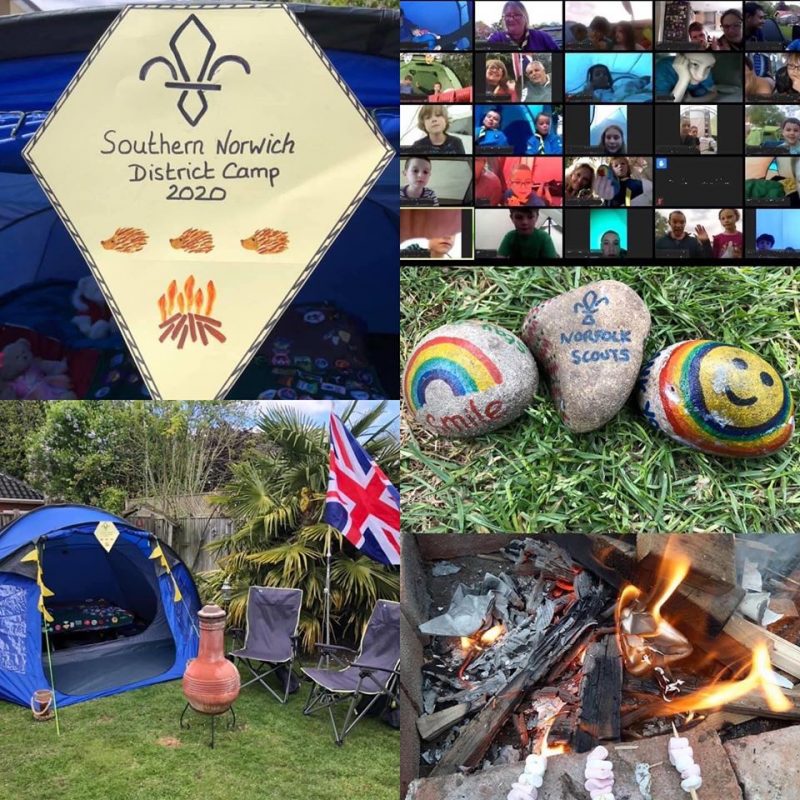 The Southern Norwich District camp at home is well underway, with young people and leaders from all over the District either outside in tents or inside in dens.
We spent the afternoon colouring sunflowers for our blue light services and painting stones to put outside to make people smile.
Now it’s time for camp fires and s’mores.